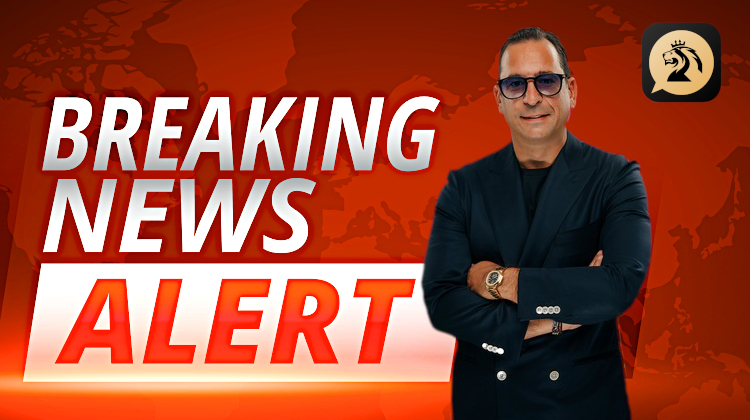 At the beginning of the current year 2021, GSB Gold Standard Corporate and its Chairman Josip Heit issued to the community, for the protection of the developed technologies of GSB Group and related companies and partners, as well as especially the users of these technologies, a statement with the following headline: “Josip Heit and GSB Gold Standard Group file criminal charges to protect G999”.

This statement clearly stated: “Josip Heit and the GSB will relentlessly pursue any defamation, defamatory criticism or questionable interpretation in the sense of an incriminated interpretative sovereignty, in this case by media, blogs or persons, among others, by means of lawyers, whereby, if necessary, criminal charges will also be filed.
If websites are not shut down, the domain provider will be sued for damages in the event of false allegations. “
https://www.tagesspiegel.de/advertorials/ots/gsb-gold-standard-banking-corporation-ag-josip-heit-und-gsb-gold-standard-gruppe-stellen-zum-schutz-des-g999-strafanzeigen/26781158.html

In an interview with international journalists yesterday, Thursday 15 April 2021, Josip Heit responded to the question of whether the GSB Group or Mr Josip Heit had ever been associated with the Karatbars company in a social sense, either as a subsidiary or sister company, or as a founder.

Josip Heit said: “I am very happy to answer this question again, which has been asked more frequently by journalists recently, and which has been used as a backdrop for a media smear campaign against me.I would like to emphasise once again to you that Josip Heit was never the founder or a member of the management of Karatbars! The same applies to the GSB Group, now and in the past. GSB Group was merely a supplier of Harald Seiz affiliated companies. The supplier relationship was terminated in November 2019! You can imagine the reasons for the termination of the supplier relationship yourself, as we are pursuing several lawsuits against Mr. Harald Seiz and companies affiliated to him amounting to millions.”

Mr Heit what do you say to the recent publications about the alleged gold-backed V999 Coin?
Josip Heit said: “The development created by my company is called G999 blockchain technology. I understand that this is a slightly similar name to V999, but there is no connection whatsoever, technological or otherwise, which is why I cannot comment further on this, as I have not developed the technology of a V999, nor do I have or want anything to do with it in any form.

Mr. Heit, what do you say about the recent publications about the “Osint Group”, which apparently does not exist as a company, but which is said to have audited Karatbars’ gold for the so-called gold-backed V999 coin?

Josip Heit said in this regard: “I can only say my group develops technologies and I myself am not an auditor. But I have downloaded the audit prepared by the alleged “Osint Group” from the V999 platform and given it to my auditors and lawyers in the United States of America (USA) for review. These confirmed the recent publication about the non-existent Osint Group and thus also fears about “non-existent gold.

What is certain, however, is that as early as 2020, major business newspapers, including the German Handelsblatt, reported on the doubts about Karatbars’ gold reserves. However, I told you before that I am not a founder or member of the management of Karatbars, thus I have no insight into the operational business of Karatbars. Some media outlets reported in 2019 that I was allegedly a founder of Karatbars, which I successfully defended myself against in court in 2020.”

Mr. Heit, can you tell us more about the termination of the supplier relationship with Harald Seiz affiliated companies?
Josip Heit said: “The termination of the supplier relationship in this context was done to protect the GSB Group and its community, whereby outstanding monies for services have not been paid by Karatbars to GSB by today, Thursday 15 April 2021, resulting in legal claims by GSB against Harald Seiz and his affiliates as mentioned above.

The GSB Group is claiming from Harald Seiz personally and from companies associated with him, several million euros, here for outstanding services, for which the Karatbars boss collected values from customers and never paid to GSB.”

Josip Heit further states in the interview that he is deeply outraged as well as appalled, here in particular about the connection between Karatbars and the V999 Coin as well as the non-existent Osint Group, whose alleged initiator is the internationally wanted investment fraudster Rainer von Holst, who is illegally hiding from the police in the USA.

Josip Heit continued: “The recent media smear and character assassination campaign against the GSB Group and its associated companies, users and partners, which was caused by obviously bought journalists and YouTubers of the criminal network of the German citizen, Rainer von Holst alias “Jan Faber” also known as the alleged lawyer Dr. Peter Klein”, who is internationally wanted by the police, is currently the subject of a public prosecutor’s investigation against the background of accusations of extortion, media and market fraud: Blackmail, media and market manipulation and imposture.”

The Chairman of the Board of Directors of the GSB Group, Josip Heit, expressly points out at this point: “that the GSB Group will protect its community, partners and affiliated companies as well as technology developed by GSB by means of legally available means!

Josip Heit will not only know how to protect the community with legal means, but above all the employees of the GSB Group, who work hard in the technical departments every day for the success of the group. In this context, we wait of the german public prosecutor’s investigations we trusted.