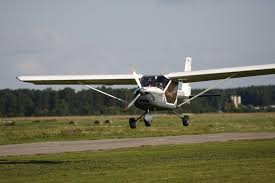 According to the new market research report on the Aircraft Flight Control System Market by Component (Cockpit Controls, Primary FCC, Secondary FCC, Actuators, Standby Attitude and Air Data Reference Units), Type, Technology, End User (Linefit, Retrofit), Platform, and Region – Global Forecast to 2023 “, published by MarketsandMarkets ™, the market is estimated to be $ 11.50 trillion in 2018 and is projected to reach $ 13.67 trillion by 2023, at a CAGR of 3.52% during the forecast period. Factors such as the increase in passenger traffic, rise in aircraft deliveries, and upgradation of old aircraft are expected to drive the aircraft.

Do not miss out on business opportunities in  Aircraft Flight Control System Market . Speak to our analyst and gain

Early buyers will receive 10% customization on this report

Cockpit controls is the highest growth during the forecast period.

Based on component, the cockpit controls segment of the aircraft flight control system is projected to witness the highest growth during the forecast period. This can be attributed to the increasing aircraft deliveries. The demand for new aircraft from airliners is increasing.

Fly by wire technology is projected to witness the highest growth during the forecast period.

Based on technology, it is the most widely used flight control technology in the aviation industry. Fly by wire systems are reliable in an adverse environmental condition with good signal transmission capability.

Line fit end-user segment is expected to grow at a higher CAGR during the forecast period.

Based on end user, the linefit CAGR during the forecast period. The increasing orders for commercial aircraft are expected to drive this segment.

Major players in the aircraft flight control market include Parker Hannifin Corporation (US), Honeywell (US), and Moog (US).

Our 850 fulltime analyst and SMEs at MarketsandMarkets ™ are following the “Growth Engagement Model – GEM”. The GEM aims to identify new opportunities, identify the most important customers, write attack, avoid and defend strategies, identify sources of incremental revenues for both the company and its competitors. MarketsandMarkets ™ now coming up with 1,500 MicroQuadrants (Positioning top players across leaders, emerging companies, innovators, strategic players) annually in high growth emerging segments. MarketsandMarkets ™ is going to spend more than 10,000 companies this year for their revenue planning and help them make their innovations / disruptions early to the market.

MarketsandMarkets flagship competitive intelligence and market research platform, “Knowledge Store” joins over 200,000 markets and entire value chains for deeper understanding of the unmet insights along with market sizing and forecasts of niche markets.

Connect with us on LinkedIn:  http://www.linkedin.com/company/marketsandmarkets